Opioids are a synthetic or semi-synthetic class of drugs that are made from opium. Opioid abuse is a growing concern in the United States with thousands of people falling into the strongholds of addiction each year. According to the National Institute on Drug Abuse, “increases in abuse of opioids appear to reflect, in part, changes in medication prescribing practices, changes in drug formulations as well as relatively easy access via the internet.” 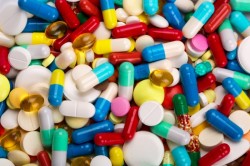 Most prescription painkillers are opioids.

While we now have information as to why opioids are being abused, this doesn’t prevent them from being misused. Opioid analgesic drugs are some of the most widely abused medications in the country. According to the CDC, 100 people die every single day as a result of drug overdoses and opioids are high upon the list of the causes of those deaths. In one year, more than 12 million people reported abusing prescription painkillers, mostly opioids, for non-medical purposes—and these numbers are on the rise.

Opioids are pain relieving medications that are often prescribed to patients following surgery, injury, illness or disease. They can be administered via a tablet, pill, capsule or liquid. Some are injected, others are crushed and snorted to produce euphoria and analgesic, pain relieving effects. The most common opioids include:

According to NIDA, opioid abuse rates are high amongst an array of age groups, backgrounds, socioeconomic statuses and genders. It seems that nobody is safe from the potential dangers of opiate abuse unless they avoid the use of these medications indefinitely. Teens, young adults, the elderly and everyone in between is at risk.

There are some factors that increase the risk of opioid abuse including:

Opioids cause a quick release of endorphins which results in the pleasure and sense of euphoria that the user feels. Unfortunately, the euphoria is followed by an almost immediate calmness and sense of feeling tired or drowsy. When these drugs are repeatedly abused, according to NYU Langone Medical Center, the brain becomes dependent on the arousal felt from the drug.

Researchers further believe that people who have certain genetic risk factors may be more susceptible to opiate addiction. Regardless though, of risk factors, genetics, or other elements, using opiates places you at risk for physical dependence because opiates are highly addictive in nature.

Some of the common signs of opioid abuse include:

Fortunately, opioid abuse is not necessarily an addiction—at least not yet! If you suspect that someone you know is suffering from opioid abuse, consider seeking prompt help right away.

As the abuse of opiates and other drugs continues on, users are more likely to become physically and/or psychologically dependent on the drug. Opioid addiction is characterized by a strong physical dependence that results in withdrawal symptoms when the user makes any attempt to cut back or quit using. Often times, the symptoms of withdrawal are so strong, the only way a user knows how to cope is to take more of the drug—this begins the downward spiral of opiate addiction that is both difficult to treat and equally difficult to cope with.

According to UCLA, some of the most common signs of opioid addiction include:

Opiate abuse can quickly lead to increased tolerance to the drug. Opioid tolerance is described by the University of Vermont as:

With tolerance to the opioid, users will often show fewer signs or symptoms of use. For instance, users can develop a significantly high tolerance to the respiratory depression and sedation that is felt from opioids as well as to the analgesic effects and the euphoria. Subsequently, very little tolerance is developed toward the constipation that comes from using opioids or to the constriction of the pupils. Most users will continue to show these signs or feel these effects regardless of how long or how often they have used opioids in the past.

Physical dependence is a significant factor in opiate addiction and it’s the leading cause of continued drug use. Opiate withdrawal can be difficult to cope with, may even be painful at times, and usually causes the user to fall back into old habits of drug use despite good intentions. According to the Medical College of Wisconsin, signs and symptoms of opioid withdrawal include:

These symptoms generally begin about 6-12 hours following the last opioid dose and will peak around 72-96 hours later. Withdrawal duration will depend on a variety of factors but generally doesn’t last more than 10 days for most users.

Once opiate addiction has been formerly diagnosed, treatment can begin to help counteract the effects of the drug and stabilize the user. Physical tolerance and withdrawal will be the primary focus of the first few weeks of treatment. Once the patient has detoxed and there are no longer physical addiction signs, counseling and behavioral therapy can commence to help change the reactions and responses that the user has to triggers that may otherwise cause them to relapse.

Methadone or other medications such as Buprenorphine or Naloxone are often given to the patient to help speed the process of withdrawal, reduce or eliminate cravings and treat symptoms. Some patients cannot manage abrupt reduction or discontinued use of opioids and must take a medication to stabilize—it’s important to work closely with a treatment professional in order to ensure you are taking a safe medication and that your vitals are remaining stable during detox.

Counseling, such as individual or group counseling, will provide you with a safe and controlled atmosphere to work through some of the problems that you’ve been having and to get things in order. If you’re not sure about talking with a counselor, keep in mind that everything you say will be protected by your doctor/patient rights. Be open and honest with the counselor and you will gain the most out of your treatment.