For some people, addictions to drugs such as heroin or methamphetamine come as a foresight to having abused them recreationally or “just for fun.” Unfortunately, there’s no easy way of knowing whether a particular substance of abuse will or will not lead to a definitive addiction for a user—some are simply more prone to physical dependence than others. 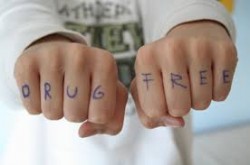 Drug abuse is very dangerous and can lead to many negative consequences.

Regardless of or why drug abuse begins, feelings of isolation, shame and hopelessness are all common in users who fall victim to the perilous effects of substance abuse. If you or someone you know may be using drugs, it’s important to know that there is help available—you don’t have to fight drug abuse and addiction on your own. By taking the time to understand the nature of drug abuse, the effects that drug abuse can have on the user and the treatment options that are available, there’s a greater chance that the stronghold will never be enough to fully weigh you down.

What is Drug Abuse?

Drug abuse usually begins with experimental use of a substance for recreational purposes but it may occur as a result of mistake too. Often times, people will take additional prescribed medications in an effort to control pain or to compensate for feelings of withdrawal; unfortunately, this too is considered drug abuse and behaviors like this can also lead to addiction.

A single instance of drug use is not necessarily abusive, but repeat use of a drug, in an effort to mask emotions or compensate for withdrawal symptoms or “just for fun” is considered drug abuse. When a user repeatedly abuses drugs, there is an increased risk for consequences such as physical and psychological dependence, overdose, injury and other serious outcomes.

How Does Drug Abuse Begin?

Experimental use of drugs is often the culprit for continued drug abuse, but not always. Some people are prescribed medications such as painkillers and anxiety reducing drugs that they become comfortable taking. It’s very common for a user to believe that because a medication has been prescribed to them by a doctor, then it “must be safe.” Unfortunately, the National Institute on Drug Abuse reports that nonmedical use of prescription drugs is on the risk and affects an estimated 52 million people.

People abuse drugs for many different reasons, including:

What are the Signs of Drug Abuse?

Early drug use does not always shed light on the negative consequences that can arise from abusing substances such as heroin, prescription drugs, cocaine or methamphetamine; but this doesn’t mean that there is not grave danger under way. Each drug that is abused or each class of drug that is abused has the potential to cause a number of physical and psychological side effects for the user. The following are some of the most common signs of general drug abuse:

Is Drug Abuse the Same as Drug Addiction?

The terms “drug abuse” and “drug addiction” are often used interchangeably but they are not the same thing. Drug abuse is the early misuse of drugs that does not include physical dependence characteristics. During this time, a user can more easily quit and is not burdened by the weight and physical stronghold of dependence on drugs; the user really just enjoys using drugs and that’s the only thing holding them to the drug use.

Drug addiction, however, is much more serious. According to NYU Langone Medical Center, drug addiction is a, “long-term, compulsive drug use.” Drug addiction is characterized by a strong bond to the drug that prevents ease of quitting even when there is a general desire to stop using. People who are addicted may make many attempts to stop using drugs but despite their efforts they relapse back to the same previous patterns of use.

What are the Signs of Drug Addiction?

How Can I Tell if Someone I Love is Abusing Drugs?

If you suspect that someone you care about may be abusing drugs, consider the following warning signs:

Who’s At Risk for Drug Abuse?

Nobody is fully safe from the potential dangers of drug abuse—in fact, anyone who has taken a drug, whether for fun or as a result of a legitimate prescribed need, is at risk of becoming a victim of drug abuse. Drug abuse risk factors are increased when:

What to do if Someone You Know is Abusing Drugs

While it can be downright scary to think about someone you love using drugs, seeking help is the first attempt that you can make at achieving a safe and effective outcome from this problem. If you think someone you know might be abusing drugs, consider taking the following steps to help him or her:

If you’re ready to get help and to overcome the challenge of drug abuse and addiction, there are plenty of options to help you make the best out of your recovery and achieve your goals. According to the National Institute on Drug Abuse, the following methods of treatment for drug abuse are the most common: