What is Opioid Tolerance?

Opioid tolerance occurs after someone has been taking opioid drugs for a while. It is a condition where “the person no longer responds to the drug in the way that person initially responded” and “it takes a higher dose of the drug to achieve the same level of response” (NIDA). Although this can be problematic and may require a doctor’s help, tolerance is not always a sign of abuse or addiction.

Opioid Tolerance as a Part of Opioid Treatment

Many people are treated with opioid medications every day. Because these drugs are often used in the long-term, individuals can become tolerant to the original dosage amount. This does not necessarily mean that they are abusing the drug but just that their bodies have become accustomed to the dosage and needs more in order to feel the same effects.

Tolerance is common among chronic pain patients. The NLM states that people who become tolerant to opioid medications have usually “taken this type of medication for at least one week.” There are certain prescription opioids which should not be prescribed to an individual unless they are already tolerant to opioids. Some of these medications are:

Opioid tolerance is a part of opioid treatment, especially when someone is treated with this type of drug for a long while. The job that doctors must perform is to make sure that a person who has become tolerant to opioids really needs more of the drug, as there is always a chance of opioid abuse.

Opioid Tolerance as a Part of Opioid Abuse

Those who abuse opioids will become tolerant to their effects. They will also continue to do more and more of the drug, which will lead them even further into opioid addiction. For example, heroin users can start to build up a high tolerance “with regular use” (CESAR). “The average heroin addict can spend up to $200 per day to maintain his or her addiction.” The same kind of situation can occur with prescription opioid abusers over time.

Tolerance is one of the signs of opioid abuse and addiction, but it is not the same as these conditions. Addiction is a brain disease where people cannot stop taking opioids even if they want to. Opioid tolerance can occur in those who do have the ability to stop, but they may need to continue taking the drug for pain. Making sure one knows the difference can help change a stigma about opioid tolerance but it can also serve as a warning to watch out for opioid abuse.

Am I Tolerant to Opioids? 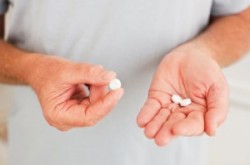 When you have a tolerance, you need more of the same medication to feel its effects.

Consider whether or not you might be growing tolerant to opioid drugs.

If you are beginning to feel that you may be tolerant to opioids, do not start taking a higher dosage of opioids without discussing it with your doctor first. Taking more of the drug without your doctor’s orders is an action of drug abuse and could lead to more problematic consequences.