Addiction itself has several obvious symptoms, many of which will be exhibited by the individual in question if they are in fact addicted to opiates. When someone becomes addicted to a drug, they will not be able to stop on their own, leading them to behave strangely. Some behavioral symptoms of addiction are: 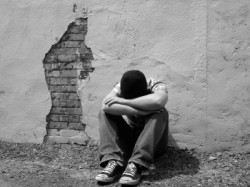 Changes in habits, behaviors and personality can show that a person has developed an addiction.

Someone who is abusing opiates will likely be intoxicated very often, as they will not be able to go long without feeling the effects of the drug. According to the NLM, “Opiates and narcotics are powerful painkillers that cause drowsiness and sometimes intense feelings of well-being, elation, happiness, excitement, and joy.” Someone who is abusing opiates will exhibit these symptoms when intoxicated, which will be much of the time.

Over time, the individual will build up a tolerance for these drugs, needing more and more in order to feel the same effects. Many people who are addicted will continue to take the drugs, even if they don’t feel the effects as strongly or at all, just to stave off the withdrawal symptoms.

If an individual experiences opiate withdrawal because they are abusing these substances, it is a definite sign of addiction. Sometimes people can go through opiate withdrawal without being addicted, but these are usually people who are prescribed opiates for pain and who follow their prescriptions, not those who abuse the drugs.

According to the NLM, opiate withdrawal symptoms include:

If someone abusing opiates experiences these symptoms when they cannot get more of the drug, it is a definite sign that the abuse is chronic and severe, pointing too addiction.

According to Harvard Medical School, “Opiates are outranked only by alcohol as humanity’s oldest, most widespread, and most persistent drug problem.” Many individuals do not realize how addictive these substances are and how easy it is for them to take over their lives without them realizing it. Opiates are strong, addictive, and readily available, all of which makes them dangerous. If you notice these symptoms of addiction in yourself or a loved one, make sure to seek treatment immediately.