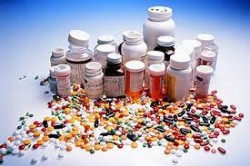 There are many different types of prescription drugs that are diverted for abuse.

Central Nervous System depressants work by slowing down normal activity that takes place in the brain. According to NIDA for Teens, these drugs are often provided to patients who are anxious, nervous or who have trouble sleeping at night. When they are taken as prescribed, CNS Depressants are not highly dangerous and can provide wonderful treatment. However, when they are abused these prescription drugs have the potential to cause:

Opioid or opiate painkillers are derived or synthesized from the opium poppy and used in the treatment of moderate to severe pain. When these medications are taken as prescribed, they can provide profound pain relief for those who have been injured, suffered an illness or have some other means of chronic or acute pain which cannot easily be relieved. Unfortunately, these prescription medications can also cause addiction, physical dependence, strong cravings and serious side effects for the user. When abused, opioids can cause:

Barbiturates, such as Mebaral and Nembutal are often abused for their ability to produce sedation and relaxation. Known on the streets as Barbs, reds, red birds and yellow jackets, these prescription drugs are less widely abused but still equally as dangerous. Often times, people who are already addicted to CNS depressants will take barbiturates when they cannot find other drugs to abuse or when they cannot get their hands on their own drug of choice. Regardless of why they are taken, or the method of use, these medications can cause an array of complications for the user include:

Diazepam, Alprazolam and similar benzodiazepines are taken to reduce anxiety and panic attacks but they are also abused by drug users. These prescription drugs are often referred to as downers or sleeping pills for their ability to reduce tension and to promote relaxation. Unfortunately, when benzodiazepines are abused they can cause:

Many different prescription stimulants are abused by users. The most common of them include Adderall, Ritalin and Concerta. Most of these drugs are most commonly prescribed for the treatment of ADD, ADHD and a sleep disorder known as narcolepsy. When they are taken as prescribed, stimulants can provide beneficial treatment which includes improved focus but when abused they can cause an array of complications including:

Are you still wondering if prescription drug abuse is really a significant problem in the United States? According to a recent survey conducted by NIDA, more than 2.4 million Americans report having used prescription medications for non-medical purposes in the past year. This growing epidemic affects more men, women and children than any other drug of abuse.

If you or someone you know is using prescription drugs, seeking help is the first step to getting sober. Fortunately, there are a number of options that can assist you in getting sober including:

Each of these methods of treatment provides you with a different level and type of care. Usually, detox is the first step in the recovery process—and it’s also the most difficult and dangerous step for most addicts. Depending on the type of prescription drug that was abused, the severity of the addiction, and various other factors, medical detox may be required in order to facilitate a safe, comfortable withdrawal for the patient. Don’t be afraid to seek professional help in this matter—your life depends on it!

Counseling and therapy can be received on either an inpatient or outpatient basis, again based on the severity of the addiction and various other individual factors. When residential or inpatient counseling is received, the patient will live in a facility and receive around-the-clock monitoring and support while they recovery. When outpatient counseling and therapy is chosen, the patient will live at home or in a sober living community and attend regularly scheduled meetings, sessions with a counselor and drug or alcohol screenings.

Regardless of the type of prescription drug abuse treatment that you choose, the goals will be much the same—to get sober and prepare for living life without the use of these dangerous medications. Ultimately, it will take time, and commitment from you in order to get well; but the results you see, the sobriety you achieve and the lifelong happiness that comes from living drug free will be worth the effort.