Tramadol, a pain reliever, is often thought of as a drug with less risk for abuse than many of the opioids that are commonly prescribed for the treatment of pain such as Oxycontin or Hydrocodone. Unfortunately, Tramadol abuse does occur and with it comes many of the same risks that are found when much more potent opioids are abused. Although this drug is not scheduled under the Controlled Substances Act, people who have taken Ultram or Tramadol for an extended period of time have reported withdrawal symptoms similar to those of similar opioid analgesic pain reliving medications. 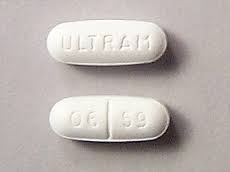 Ultram is another name for tramadol.

According to Medline Plus, Tramadol is a pain reliever that is commonly prescribed for the treatment of moderate to severe pain. Part of the class of drugs called opiate analgesics, this medication works by changing the way that the brain and the CNS respond to pain. Tramadol is often marketed under one of the following brand names:

When Tramadol was originally approved in 1994 by the Food and Drug Administration (FDA) for use in the treatment of pain, it was not a controlled substance. Pre-clinical and clinical trials had found that the drug did not carry a strong potential for abuse or misuse and was therefore safe for use without being scheduled a Class I, II, or III Controlled Substance. Although the drug continues to remain off the “charts” in terms of being “controlled” studies have found that patients who take Ultram or Tramadol repeatedly or in an abusive way are prone to physical symptoms of withdrawal which can, and often do, lead to addiction.

What is the Risk of Addiction when Taking Tramadol?

According to The Journal of Family Practice, although it appears that the risk of addiction when taking Tramadol is low, an estimated 2% of users will experience withdrawal symptoms when they abruptly reduce or eliminate their dose. This is compared with an estimated 4.9% of users who become physically dependent on most opioids in general such as Oxycodone or Oxycontin. While the numbers for Tramadol are significantly lower, the risk is still rather high considering the drug is not classified as a Controlled Substance. Risk is associated with the idea or premise that people who are prescribed a drug that is unclassified are more susceptible to the mistaken belief that the drug is harmless and does not pose any real risks when it is abused or misused.

Using more tramadol, taking Tramadol without a prescription, or taking the drug more often than it is prescribed can lead to overdose. If you suspect that someone has taken an overdose amount of Ultram or Tramadol, call 911 immediate or contact your local poison control center at 1-800-222-1222.

Signs of Tramadol overdose include:

Tramadol is often mixed with acetaminophen which can cause additional dangers of toxicity if an overdose amount is consumed. According to Dartmouth Cancer Center, possible signs of acetaminophen overdose include:

Taking tramadol for the purpose of getting high can lead to an array of potential complications and serious side effects. In the most dangerous situations, Tramadol abuse can cause seizures, coma and death. Additional side effects which pose serious dangers to the user include:

Less serious side effects of taking Tramadol include:

Suddenly quitting the use of Tramadol can cause an array of side effects known as withdrawal symptoms. These symptoms can be serious and may require professional treatment.

According to the University of Utah Health Care, abruptly quitting this medication when physical dependence has already developed can cause a severe reaction. Tramadol withdrawal symptoms may include:

If you suspect that someone you know is taking Tramadol in a manner other than prescribed or that they are using this drug without a prescription, consider the following signs of abuse:

Fortunately, unlike certain opiates which have proven to cause addiction that is highly difficult to treat, Tramadol does seem to be treated much more easily than other opiate addictions. Tramadol abuse is mostly characterized by the repeat use of the drug in an effort to reduce symptoms of withdrawal. While there are often cravings for opiates when the drug use ceases, this medication has not been found to result in the significant psychological cravings and dependence that certain other opiates are known to cause. As such, Tramadol addiction treatment is mostly focused on providing assistance in the early stages of the addiction during which withdrawal symptoms are at their greatest and relapse risk is highest.

Tapering the drug off, slowly over a period of a few days or weeks depending on the dosing levels of the patient, will help to reduce symptoms of withdrawal. Following the elimination of such physical dependence, Tramadol abuse can effectively be treated using psychological counseling and therapy which focuses on getting to the bottom of the addiction and the drug use to provide for a reduced chance that relapse will occur. Behavioral therapy, CBT, and individual and group counseling will make up the foundation of treatment for this and other forms of substance abuse.

Early detection, seeking help and finding the support necessary to make improved choices is key to overcoming a case of substance abuse. Tramadol abuse, just like other forms of drug use, can be effectively treated and overcome with the right tools, supportive care, medical intervention and assistance. If you or someone you know is addicted to Tramadol, call our helpline to talk with a caring counselor who can assist you in taking the steps toward making a full, lasting recovery.