The symptoms of meth addiction will only be noticeable to the individual experiencing them. While meth addiction has a number of signs that other people can observe like severe dental problems, sores on the skin, and psychotic behavior, there are symptoms that only the individual who is addicted to meth will know that they are experiencing for sure.

If you commonly abuse meth, you may need to know the symptoms of meth addiction in order to realize that you need help. Especially if others around you have noticed some of the signs of addiction, try looking inward to see if you may be addicted to the drug. 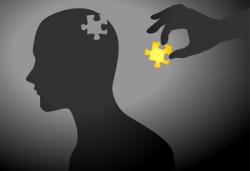 Toxic psychosis is a common side effect of meth abuse.

For someone who abuses meth in the long term, “prolonged anxiety, paranoia, insomnia,” and other behavioral issues will occur (CESAR). When addiction to meth occurs, the person will usually experience a more intense and severe form of all of these psychological issues and behaviors which is a part of the stimulant-induced psychosis that goes along with long-term meth abuse.

Other symptoms of toxic psychosis are:

You will experience cognitive problems and which will make thinking extremely difficult, even when you are not currently on meth. This is common among meth addicts because it occurs when someone has been abusing meth for a long period of time. Because “meth use can quickly lead to addiction,” symptoms of long-term abuse that are extremely problematic often point to addiction (NLM).

An Inability to Stop

Deep down, you can usually gage whether you feel in control of your behavior and drug use. If you feel that the things you do are no longer in your control because of your abuse of the drug, you are addicted to meth.

Some other common symptoms of meth abuse are drug-seeking behavior that leads to dangerous actions, only wanting to spend time around others who abuse meth, and not feeling like oneself unless on meth. Methamphetamine is extremely dangerous, and someone who abuses it should be familiar with the symptoms of addiction so they can recognize it as soon as possible and seek help.