Are you concerned that someone you know may be abusing marijuana? If you are, there are warning signs that you can look for in order to tell if someone is abusing the drug.

One of the most obvious physical signs of marijuana abuse is that the user, when intoxicated by the drug, will have “red, bloodshot eyes” (NIH). This occurs because the THC in marijuana dilates the blood vessels and causes blood flow to increase throughout the body. The larger arteries in the eyes create the bloodshot look. If someone you know constantly has this red, bloodshot look to their eyes, there is a possibility that they are abusing marijuana.

Those who abuse marijuana also may exhibit other physical signs, including: 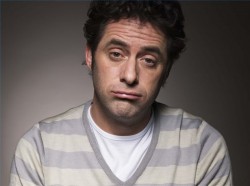 A person who is high on marijuana may be drowsy, have red eyes, and have slowed reaction time.

These signs all point to current marijuana abuse. Someone who seems giggly one minute and then sleepy or anxious the next is more than likely under the influence of a drug. Paired with the signs above, the person is probably smoking marijuana. These are not the only behavioral signs of marijuana abuse. If someone you know is:

then that person is more than likely abusing the drug. There are many warning signs which point to this behavior, and further help may be needed if someone you know is abusing marijuana.

What to Do if Your Loved One is Abusing Marijuana

If someone you know is abusing marijuana and you are concerned: