If a person smokes marijuana extremely often for a long period of time, they may become addicted to the drug. According to the NLM, “It is more likely to happen if they use marijuana every day, or started using it when they were teenagers.” One of the signs of marijuana addiction is dependence which can cause the person to experience withdrawal symptoms if they are not able to use the drug.

These symptoms can become very irritating and make it hard for a person to interact with others, work, go to school, and otherwise function in society. In addition, those who attempt to quit marijuana after using it for a long time will often have trouble fighting their cravings and be tempted to return to marijuana in order to curb the other withdrawal symptoms. Though not as physically intense as the syndromes caused by heroin and not life-threatening like those of alcohol, marijuana users can struggle with severe withdrawal symptoms that make it extremely difficult to stop abusing the drug.

What are the Symptoms of Marijuana Withdrawal? 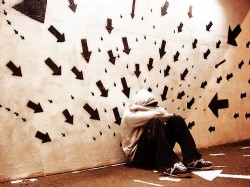 According to another study on marijuana dependence, “Most symptoms begin during the first week of abstinence and resolve after a few weeks” (NCBI). In certain cases, the symptoms may last a little longer, depending on the amount the person abused and the frequency of the abuse, among other factors. The time in which these symptoms exist, however, can seem very prolonged to withdrawing individuals. It can be extremely difficult for them to abstain from the drug as a result of these symptoms, which is why many people seek treatment during this time.

What are the Treatments for Marijuana Withdrawal Symptoms?

The NIDA states, “Currently, no medications are indicated for the treatment of marijuana use disorder, but research is active in this area.” The second study on marijuana dependence states that this option needs to be made available as soon as possible, as many individuals struggle with recovery because of their intense withdrawal symptoms.

While different medications are still currently being tested for their effects on these symptoms, therapy has been used to some degree of success. However, marijuana dependency and addiction treatment has not been as successful as other substance use disorder treatments. On average, those who seek treatment have “attempted to quit more than six times” (NIDA). “More treatment options are needed,” according to the first study, in order to combat the low rate of success for marijuana use disorder treatment.

Marijuana withdrawal symptoms are often ignored by general society, especially when compared to the syndromes caused by other drugs of abuse, but they can become extremely intense when an individual who has been abusing marijuana for years attempts to stop suddenly. Without the proper treatments, these symptoms can cause a person to feel extremely isolated, unhappy, and ill-tempered. However, the symptoms can be combatted with at-home remedies as well, such as soaking in a hot bath, drinking plenty of water and other liquids, taking over-the-counter medication for pain, and using exercise to fight both irritability and insomnia.