Marijuana is still an illicit drug in many states and, therefore, must be sold and purchased illegally. While the drug is used legally in some states by prescription or recreationally, the drug does have various street names which are used to discuss the product.

Why Should I Know Marijuana Street Names?

It is important to know marijuana street names, as you may need to be aware of what is going on around you in a certain conversation. Although not as harmful as heroin or some other illicit substances, marijuana is often thought of as a safe drug. This is not true. It still can become addictive, produce withdrawal symptoms, and create other problematic outcomes for heavy, long-time users.

According to the NIDA, “estimates from research suggest that about 9 percent of users become addicted to marijuana; this number increases among those who start young (to about 17 percent (or 1 in 6) and among people who use marijuana daily (to 25-50 percent).” Knowing these facts can help protect you from marijuana addiction, but many people do not realize how addicted they are to the drug until formal addiction treatment is needed.

Knowing marijuana street names can help you identify what people are saying about the drug and who may have a problem. You may even be able to help someone.

As stated by the NLM, “Marijuana is a green, brown, or gray mix of dried, crumbled leaves from the marijuana plant.” It is usually smoked, but sometimes, people mix it into food and eat it. There are usually other terms that marijuana users and dealers use to discuss the drug. The NIDA Teen lists some of the most common ones. They are: 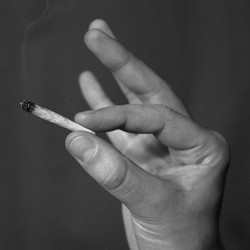 People often smoke marijuana through rolled paper, which are called joints or spliffs.

The University of Hawaii has an extensive list of marijuana street names and other terms used for marijuana abuse and different ways of using or smoking marijuana. Some of these terms are:

Terms may differ based on the location and the age of the speakers. It is not easy to know every possible term for marijuana as there are so many. There are also terms for marijuana abuse, different ways of smoking the drug, or mixtures of marijuana and other drugs. Some are:

Marijuana is an illicit drug in many places and still has street names. As it is heavily abused, it has many street names and terms for different types of marijuana and ways of smoking it. Make sure you understand the use of these terms when you hear them.