Understanding the Consequences of Heroin Abuse

Heroin abuse is a serious issue. Many people who start taking the drug do so recreationally and do not realize how problematic use of the drug can become. Heroin is addictive and dangerous, causing many deaths by overdose per year. Understanding the consequences of heroin abuse is sobering and can help someone admit that treatment may be necessary.

One of the most common and dangerous consequences of heroin abuse is addiction to heroin. The NIDA states, “It is estimated that about 23 percent of individuals who use heroin become dependent on it.” Though dependence is not the same addiction, with illicit drugs, they often go hand in hand. Heroin is an addicting substance and using it often will cause a person to experience these issues:

Heroin addiction is a serious issue, and a person will need addiction treatment in order to recover from it.

Overdose is a common consequence of heroin abuse. According to the NIDA Teen, “In 2011, 4,397 people died in the United States from a heroin overdose.” When a people overdose on heroin, their breathing becomes very shallow and slow and sometimes stops altogether. Heroin overdose is very dangerous and is common among heroin users.

Even after someone goes through heroin addiction treatment, there is still a possibility for overdose. The NLM states, “most opiate overdose deaths occur in people who have just withdrawn or detoxed.” They have a lower tolerance to the drug than they realize after treatment, and if they relapse, they often overdose and die.

Other Consequences of Heroin Abuse 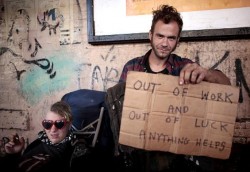 Heroin often leads to addiction, which can lead to homelessness and much more.