Heroin addiction can be one of the most difficult to overcome. For people coming off chronic, long-term heroin addictions, the degree of difficulty increases exponentially. As one of the most addictive drugs on the market, stopping heroin use after months or years essentially short-circuits the brain, a condition that can persist for a very long time. Subutex treatment for heroin addiction addresses the extensive damage heroin inflicts on the brain’s chemical system.

Not unlike methadone treatment, Subutex acts as a type of substitution therapy in terms of its ability to trick the brain and relieve it’s “need” for heroin. Subutex differs from methadone in that it belongs to the Schedule III class of controlled substances whereas methadone exists as a Schedule II drug.

This difference allows Subutex to be administered out of a doctor’s office as opposed to the highly regulated methadone clinic-type setting. While Subutex and methadone essentially accomplish the same end, their mechanisms of action differ considerably, which may make for a more effective drug therapy depending on a person’s treatment needs. 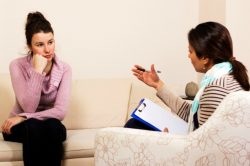 According to George Washington University, heroin’s addictive potential stems from its fast-acting effects in the brain, stimulating the production of neurotransmitter materials in abnormally high amounts.

With chronic heroin abuse, these effects skew the brain’s normal chemical processes and pathways in such a way that the brain can no longer function normally without the drug’s effects.

By the time a person enters, heroin addiction recovery, the brain has changed in fundamental ways, affecting the way he or she thinks, feels and behaves from day-to-day. Once this degree of damage takes shape, some form of treatment is needed to restore the brain’s chemical system to normal before a person has any chance at maintaining abstinence on an ongoing basis.

Subutex exists as the brand name for buprenorphine, a synthetic opioid-based medication. As an opioid-based substance, Subutex interacts with the brain’s chemical pathways in much the same way as heroin, though it’s addictive potential runs considerably lower, according to the National Center for Biotechnology Information.

In effect, Subutex treatment provides relief from the persistent withdrawal and drug cravings effects experienced in recovery, which goes a long way towards supporting a person’s efforts to abstain from heroin abuse on an ongoing basis.

Over time, Subutex treatment works to restore the brain’s natural chemical environment. In the process, a person starts to feel normal again, enabling him or her to become more engaged in the treatment process.

Subutex treatment not only treats the physical aftereffects of heroin addiction, but also addresses the psychological component of addiction, which is essentially where addiction lives.

If you or someone you know are considering Subutex treatment for heroin addiction and need help finding a program that meets your treatment needs, please feel free to call our toll-free helpline at 800-683-3270 (Who Answers?) to speak with one of our addictions specialists.