Home › Heroin Abuse › Heroin Withdrawal: The Good, the Bad and the Ugly

Heroin Withdrawal: The Good, the Bad and the Ugly

When portrayed on television, heroin addicts in need of a “fix” often do a good job of showing what heroin withdrawal is like. In effect, heroin withdrawal short-circuits the brain, sending a person into a frenzy of discomfort with only one thing on his or her mind: getting more heroin.

Anyone who’s used heroin on a regular basis well knows how uncomfortable withdrawal episodes can be and the obsessive need to get more of the drug that results. These effects account for much of the disruption that heroin abuse causes in a person’s life as other important life areas fall by the wayside for the sake of getting and using the drug. Interestingly enough, the effects of heroin withdrawal in a person’s life can be good, bad or ugly depending on how he or she deals with the situation. 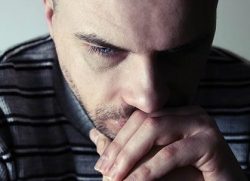 Restlessness and depression are common symptoms of heroin withdrawal.

During the early stages of heroin abuse, a person has the best chance of stopping the drug abuse/addiction cycle in its tracks. At this point, the brain and body have become physically dependent on heroin’s effects. While stopping drug use won’t be easy, not having to contend with a full-blown addiction greatly increases ones chances.

Not sure if your insurance will help cover your treatment costs? Call our helpline at 800-683-3270 (Who Answers?) for more information.

Once heroin withdrawal effects develop, many people fall into the trap of taking more of the drug to gain relief from withdrawal symptoms. This practice not only perpetuates drug abuse practices, but also causes the brain to increase its tolerance for the drug.

In effect, the brain naturally tolerates heroin, reconfiguring its own chemical pathways and processes to accommodate heroin’s effects. Each time tolerance levels rise, larger amounts must be ingested in order to experience the drug’s “high” effect, according to Harvard Health Publications. Larger amounts are also needed to ward off uncomfortable heroin withdrawal symptoms.

Before long, a person gets trapped inside a cycle of increasing tolerance levels, withdrawal effects and eventual compulsive drug use. Any attempt to stop using at this point will be met with considerable resistance from the brain and body.

“The Ugly” – Addiction and Heroin Withdrawal

With heroin, compulsive drug use all but transforms the brain into a heroin dependent environment. This dependency affects the body’s physical workings as well as the mind’s psychological workings. In effect, the cumulative effects of heroin on the brain warp a person’s psychological makeup to the point where using heroin and getting heroin take on top priority in his or her life, according to National Center for Biotechnology Information.

At this point, the “need” for heroin has reached an emotional level that ultimately dictates a person’s thinking and behaviors. Trying to stop using under these conditions will bring on the very worst of heroin withdrawal, making it all but impossible to abstain on one’s own.

If you or someone you know struggles with heroin withdrawal and need help finding treatment that meets your needs, please don’t hesitate to call our toll-free helpline at 800-683-3270 (Who Answers?) to speak with one of our addictions specialists.