Tramadol is prescribed for the management of moderate to moderately severe pain in a variety of brands including Ultram and Ultracet (tramadol/acetaminophen combination). Tramadol overdose treatment and recovery often begins in the emergency room with a related crisis that many people do not anticipate when taking the drug. Detox and ongoing care may involve medical and psychiatric interventions to alleviate the consequential effects of the overdose which may or may not end in fatality. Substance abuse counseling, education, and rehabilitation are recommended in cases of non-fatal overdoses to reduce the chance of a repeat scenario.

Like any other opioid, taking too much tramadol, taking it with other substances, and taking it for purposes or in ways other than intended can be dangerous and lead to overdose. In July of 2014, the DEA was prompted to include tramadol as a schedule IV controlled substance due to its increased availability along with growing concerns about its misuse, abuse, and increasing overdose and adverse reactions requiring emergency department services.

Extra precautions in use should be taken by those who are prone to using alcohol or other substances (including over the counter medications and supplements), the elderly, and those with compromised health issues.

Signs and Symptoms of Tramadol Overdose 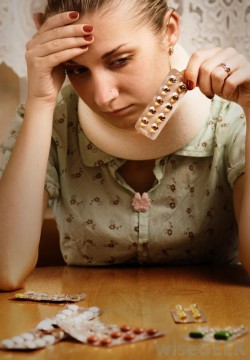 Signs and symptoms of tramadol overdose may include:

Nearly all of these issues require emergency medical services at which time it is important to call 911.

Tramadol interacts with the same opioid receptors in the brain that depress the central nervous system and produces sedative effects while increasing the overdose risks including respiratory depression, seizures, cardiovascular failure, and the reaction known as serotonin syndrome which can potentially, be fatal. In most cases of an opioid overdose, the opioid antagonist medication naloxone would be administered to counteract the effects of the drug, but, in cases of tramadol overdose, this may pose more harm by elevating the risks of seizures. It may be necessary to pump the person’s stomach or use activated charcoal to accelerate the removal of the drug.

Recovery from the initial crisis is just the beginning of what could be problematic issues down the road including physical, psychological, or emotional impairments that will take a while to heal. The Drug Abuse Warning Network reports that “tramadol can produce a modest level of physical dependence.” Studies have shown that a large number of tramadol overdoses involve the abuse of the medication in poly-substance abusers. A comprehensive plan including a substance abuse treatment program is recommended to help deal with these issues, future substance abuse, and other obstacles that may arise.