Signs and Symptoms of Tramadol Withdrawal

Tramadol is a prescription pain reliever that acts on opioid receptors in the brain in ways similar to morphine and other opioids, but, it is also known to be a serotonin/norepinephrine reuptake inhibitor (SNRI) which helps to reduce nerve pain and is a commonly found property in many anti-depressant drugs.

Tramadol is considered to have a low level of abuse and dependency potential with withdrawals expected to be minimal as well. However, the effects that tramadol has on different individuals may vary and withdrawals may vary, accordingly. 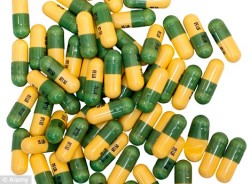 Tramadol is often abused because of its euphoric side effects.

Since tramadol has made its mark in public healthcare as a safe and effective pain reliever, many people have discovered that it produces some desirable effects such as drowsiness, sedation, euphoria, and relaxation for which it is often abused.

According to the DEA, tramadol can produce subjective reinforcing effects (a “high”) similar to that of morphine at “supra-therapeutic doses” and similar to that of propoxyphene at high doses. However, “the doses required to produce significant subjective reinforcing effects are in a range causing sufficient adverse effects.” This means that the person will probably experience negative effects before they get high or as a result of it and therefore, abuse potential may be limited.

Regular use of tramadol can lead to physical and psychological dependence. While some some signs and symptoms of tramadol withdrawal may be common or expected based on the opioid and the SNRI effects, other can be unpredictable.

Any time neurotransmitter functions in the brain are disrupted or altered such as repeat dosages of tramadol, it, ultimately affects the central nervous system which, in turn, can affect every other organ in the body. The severity and intensity will depend on the levels of dependence, the individual, their patterns of use, and other contributing factors such as their health or co-existing substance abuse.

The person will likely experience some of the following physical signs and symptoms of tramadol withdrawal.

The person is dealing with different mechanisms of effect when using tramadol and the psychological signs and symptoms of tramadol withdrawal will, generally, be a mixture of opioid and anti-depressant withdrawals, including: