Prescription drug abuse remains a problem in the United States. Despite the fact that most people take prescription medications as prescribed by their medical professional, this is not the case for everybody. Instead, there are times when these drugs are used by a person in a manner inconsistent with what is prescribed by their doctor.

According to the National Institute on Drug Abuse, “an estimated 52 million people (20 percent of those aged 12 and older) have used prescription drugs for nonmedical reasons at least once in their lifetimes.”

This is an issue for people of all ages, with children as young as 12 years old getting involved with prescription drug abuse. For a better idea of just how serious this has become, the National Institute on Drug Abuse’s (NIDA) Monitoring the Future (MTF) survey shared that approximately 1 of every 12 high school seniors reported using the prescription pain reliever Vicodin for nonmedical use. When you consider how many high school seniors are located in the United States, this is a very big number.

The Seriousness of Abuse

It doesn’t matter what type of prescription drug is being abused, it can have a serious impact on the person’s overall level of health. For example, central nervous system (CNS) depressants, stimulants, and opioids are known to cause a variety of health effects, both on the mind and body.

Furthermore, and just as important, is the fact that abuse can lead to addiction. Over time, addiction can then lead to death.

Some people start out taking prescription drugs for all the right reasons. A doctor prescribes it and they use it as planned. Over time, however, they realize that they are relying on the drug and unable to stop taking it. This leads them to continue taking the drug well past when it was last prescribed by a doctor.

Any type of prescription drug can be abused, however, some are much more popular than others. There are people who set out to take a specific drug, often because another person has told them how it will make them feel. Others, however, have no intention of abusing a prescription drug. Instead, they take it as prescribed by a doctor and from that point on they are unable to stop. 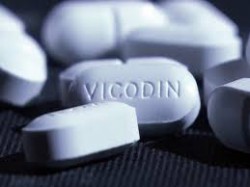 Here is a list of the most abused prescription drugs:

There are many drugs on this list, all of which are abused for a variety of reasons. Some people like the way it alters their mental state. Others like how it makes them feel physically.

Vicodin, for example, is one of the strongest opiate painkillers on the market. Not only is it the strongest, but it is the most commonly prescribed in the United States. There are people who take this drug because of extreme pain, such as following a surgical procedure. There are also those who get involved with it for illegal purposes, as they realize they enjoy the way it makes them feel.

What to do About Abuse and Addiction

Are you or a loved one abusing a prescription drug, such as one of those detailed above? If so, you have two primary options for cutting this out of your life:

There is nothing wrong with first attempting to quit cold turkey, but you should realize this may not work. If this is the case, it is important to seek professional attention without delay. Upon entering rehab, you will go through a variety of processes, starting with withdrawal and detoxification. This is often times uncomfortable, and even painful, but it goes a long way in helping a person overcome his or her problem.

From there, you will move onto other methods of treatment, such as counseling and therapy. During these sessions, patients get a better understanding of what caused their problem and how to avoid the same situation in the future.

Note: professional rehab has many benefits over quitting cold turkey, including assistance with relapse prevention. This decreases the likelihood that you will travel down the same path in the future.

All in all, any type of prescription drug can be abused. Regardless of what it is, if a person likes the way it makes them feel, they may take it despite the fact that they are not being treated by a medical professional.

The list of prescription drugs above are among the most abused. Even though this is a serious problem, it is possible to overcome if you take the right approach, which often includes professional treatment.