According to the NIDA, “prescription and over-the-counter (OTC) drugs are, after marijuana (and alcohol), the most commonly abused substances by Americans 14 and older.” This is because prescription drugs are often extremely easy to obtain (either from a friend or family member, someone’s medicine cabinet, or through the Internet) and because many individuals do not understand how dangerous this practice is. 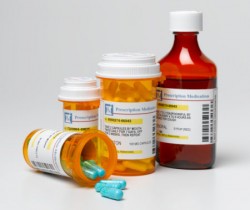 Prescription drug use can lead to addiction.

Just like when someone abuses illicit drugs like heroin and cocaine or legal ones like alcohol and tobacco, recreational prescription drug use can lead to addiction. Many commonly prescribed drugs are addictive and habit-forming, such as:

Using oxycodone as an example, patients are told not to “take more of it, take it more often, or take it in a different way” than prescribed by their doctor, due to the possibility of addiction (NLM). Those who take prescription drugs recreationally and without a prescription are also in extreme danger of becoming addicted to them.

Addiction affects all areas of a person’s life and makes it so that the individual cannot stop abusing the drug, even if they want to. Long-term prescription drug abuse will often lead to this, and the individual will see the effects in their professional, educational, social, and financial lives.

If someone abuses prescription drugs (or buys or sells them illegally), it can lead to legal problems for the individual. This is dangerous because those who break the law by abusing prescription drugs and then act out are often punished for it. A person may seek the drug they are abusing without thought to their wellbeing or that of others or they may start to spend all of their time and money obsessing over obtaining more of the drug.

While people are prescribed certain drugs to help them with physical, behavioral, or mental disorders, they can cause issues of their own if they are abused. Hydrocodone and other opioid medications which are normally prescribed for pain can lower a person’s breathing to dangerous levels, especially if they are abusing the drug. Stimulants, as stated by the NIDA Teen, can cause increased blood pressure, “dangerously high body temperatures,” and a “risk for seizures and stroke at high doses.”

If you abuse prescription drugs, it can cause major problems for your body and even kill you, just like abusing illicit drugs can. Prescribed dosages are given by doctors for a reason because straying from them can cause irreparable damage.

Abusing prescription medications can be just as dangerous as abusing other drugs, especially depending on how strong the medication is and what its effects are. This information should be understood by more individuals because of the severe amount of deaths, overdoses, and ED visits caused each year by prescription drug abuse.