Street names for prescription drugs are commonly used to obscure transfers that are illegal between users, distributors, or dealers. Although they are devised in an effort to defer law enforcement and others who would discourage their use, these names are easily recognized by the common abusers. 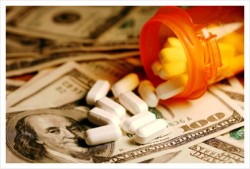 Many people use prescription drugs in ways other than the prescribed way.

People often abuse prescription drugs by taking more than prescribed or for purposes other than intended such as recreationally or to avoid symptoms of pain and distress. According to the National Institute on Drug Abuse, “After marijuana and alcohol, prescription drugs are the most commonly abused substances by Americans age 14 and older.”

The most abused prescription drugs involve opioids, opioid derivatives, and synthetic opioids, CNS depressants such as barbiturates and benzodiazepines, and CNS stimulants such as amphetamines.

About Street Names for Prescription Drugs

Street names are commonly devised for easy recognition by appearance, type, brand, or expected effects. Some names are given to the various class or forms of the drugs and others are used within specific geographical areas or subcultures. The basic idea behind the names is to be inconspicuous and some names get changed, but, others have been around a long time.

Opioids are the fastest growing epidemic in prescriptions drug abuse. Opiates are the naturally occurring alkaloids in the opium poppy plant including morphine and codeine from which many opioid prescriptions painkillers are derived. Opioids include hydrocodone and oxycodone along with their combination products such as Vicodin, Lortab, and Percocet.

Synthetic opioids are man-made products imitating opioids such as fentanyl and methadone. Other opioid type drugs such as the partial agonist medications used in the treatment of opioid addiction include buprenorphine and suboxone. While there are hundreds of opioid drug brands on the market, the most popular street names are:

CNS depressants most commonly found on the street include barbiturates and benzodiazepines such as lorazepam (Ativan), clonazepam, (Klonopin), diazepam (Valium), alprazolam (Xanax) and temazepam (Restoril) and street names include:

The most common CNS stimulant prescriptions drugs are amphetamines such as Adderall, Dexedrine, Ritalin, and Concerta with street names such as: