Does Substance Abuse Lead to Psychosis?

A serious psychiatric state, psychosis should not be overlooked, especially if substance abuse is also occurring. Individuals who abuse certain substances such as cocaine, amphetamines, meth, hallucinogens or certain prescription drugs are at a heightened risk of suffering from psychosis that can range in severity. If you’re abusing drugs or alcohol, call our helpline toll-free at 800-487-1890 (Who Answers?) for treatment help.

Psychosis is a mental episode that can result in delusions, complete loss of attention, impairment of memory and incoherence. Hallucinations, both auditory and visual, are possible. This condition can also cause bizarre behavior and irrational thoughts or actions. 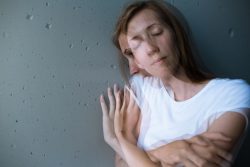 While psychosis can be the result of underlying mental illness, substance abuse can also be the cause. Individuals who abuse alcohol, methamphetamine or other psychoactive drugs such as marijuana or cocaine can fall into a state of psychosis that requires immediate professional help.

If you or someone you love is abusing substances such as drugs or alcohol, it’s important to know when to call for help. Treatment is available if you call 800-487-1890 (Who Answers?) .

Early detection of psychosis may lead to proper treatment early on which could reduce the severity of psychosis. Here are some of the signs that you should pay attention to if you suspect psychosis:

If you recognize any of these symptoms in a loved one that has recently abused any type of substance such as marijuana, cocaine, methamphetamine or prescription drugs, call for help immediately. For quality addiction treatment that will guide you to recovery and healing, call 800-487-1890 (Who Answers?) . Our helpline is available 24 hours a day, 7 days a week to assist you. Don’t delay, call our helpline today.

5 Common Myths and Facts About Drug Abuse and Addiction