The high teen drug abuse rates of today reflect the challenges and difficulties many teens face in modern-day society. Interestingly enough, teens turn to drug use for many of the same reasons adults do. Over time, teen drug abuse becomes a way to cope with everyday life pressures.

According to the U. S. National Library of Medicine, the number of teens who met the diagnosis for substance abuse disorder in 2011 totaled 1.5 million. Considering the crucial developmental stages that take place during the teen years, the sooner a teen gets help for a drug abuse problem the better. Identifying teen drug abuse at its most earliest stages greatly increases a teen’s chances of a successful recovery.

Young people undergo their own forms of pressure on a day-in, day-out basis. These pressures may take the form of –

Add to this whatever stressors may be present within a teen’s home life and drugs may well seem like an effective way to cope with everyday living.

Teen drug abuse practices can take shape within certain circles of friends. Drug use may also evolve out of an existing alcohol problem. Regardless of its origins, frequent drug use can easily develop into dependency and addiction when left untreated. 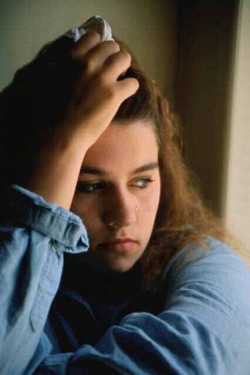 Substance abuse can harm the development of teenagers, and it’s important to identify it and intervene ASAP.

Teen drug abuse brings with it its own sets of behaviors that can be easy to spot. Much like anyone actively using drugs, teens will likely not be aware of any behavior changes or negative consequences from their drug use, though they often do attempt to hide any evidence of drug use from parents.

As home is where most everyone can be their real selves, behaviors at home tend to be more obvious than in other settings. Signs of teen drug abuse may include –

Teen drug abuse affects every area of a young person’s life, school included. In effect, a teen’s overall interest in school will start to wane as drugs become more prominent in his or her life.

Within the school setting, signs of drug abuse may take the form of –

More than anything else, drugs take a toll on a person’s physical and emotional well being. As drugs produce radical changes in a teen’s overall brain chemistry, ongoing drug use can pose a serious threat to his or her physical and psychological development.

Not surprisingly, physical and emotional signs of teen drug abuse become more noticeable the longer a teen keeps using. Signs to watch out for include –

Ultimately, a teen’s condition will only get worse unless he or she receives needed treatment help.