Understanding the Dangers of Binge Drinking

It’s not hard to imagine why some people choose to alter their psychological states and alcohol is one of the oldest substances known to man that draws the curious in. Perhaps, the person may drink because they are happy, sad, isolated, or self-medicating emotional or physical pain. Whatever the reason, consumption of alcohol is promoted in our society as a way of dealing with stressful events, enjoying activities and entertainment venues, socializing, celebrating, and boosting our self-esteem in the presence of others.

What many people don’t understand is that binge drinking can have lasting and devastating effects on long term health in much the same way as a heavy drinker assumes those risks and for society, according to the National Institute on Alcohol Abuse and Alcoholism (NIAAA) , “Almost three-quarters of the total cost of alcohol misuse is related to binge drinking.”

What is Binge Drinking? 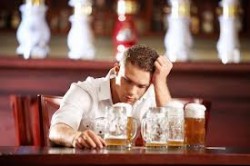 Drinking more than 2 drinks in an hour can be very dangerous.

Binge drinking for men, is drinking more than 5 drinks an occasion or in about 2 hours and for women, it is 4 drinks in the same amount of time. In the United States, a standard drink is about 12 ounces of beer @5% alcohol, 5 ounces of wine @12% alcohol, and 1.5 ounces of distilled spirits @40% alcohol. Unfortunately, when people binge drink, alcohol measurements are their least concerns and often the alcohol contents are increased as the drinking continues.

The effects on blood alcohol content (BAC) at these rates is estimated to be .08 or higher depending on several factors such as metabolism rates, the amount of food ingested, weight, age, and health status. Having a BAC of .08 makes it illegal for anyone to drive a vehicle because at this rate, both cognition and motor functions are impaired.

Some people are more tolerant to the alcohol’s effects than others, still placing themselves and others in danger by drinking excessively. Beyond the hangovers that can ensue, are the immediate dangers of alcohol poisoning, assaults, and accidents that often accompany these patterns of drinking.

Accidental injuries, falls, and physical violence that often happen along with binge drinking behaviors can lead to life-long physical impairments. Other physical complications to health include liver damage, cardiovascular disease, cancers, lung infections, and poor immunity. Withdrawal can cause severe impairments from seizures or delirium tremens which may be fatal.

Binge drinking affects the chemical balances in the brain and central nervous system and is linked to neurological problems as well as psychological problems that include exacerbated anxiety, depression, and emotional instabilities. Harmful, violent, and suicidal behaviors while binge drinking threaten not only the life of the drinker but, those they come in contact with also.

Alcohol poisoning is common among binge drinkers and although the person may pass out, the alcohol continues to build in their blood stream and the myth that they will be “OK” by sleeping it off is a dangerous one. Vomiting is generally a first sign that too much alcohol has been consumed and if the unconscious person vomits and aspirates it into their lungs, chances are, they may choke to death due to the slowed gag reflexes caused by the alcohol.

Alcohol acts as a central nervous system depressant to slow breathing and depress other survival functions which can be fatal. Danger signs of alcohol poisoning include:

Although the legal age to drink alcohol is 21, college students are at high risk of becoming involved in binge drinking episodes within the first six weeks of their first semester in school. This can make it more difficult for them to adjust in their first year and as many as 1/3 of first year college students do not reenroll the following year.

The NIAAA estimates about half of all college students engage in binge drinking and about 40.1 percent report past month binge drinking compared to other peers of the same age group not in college at a rate of 35%. Students who reside in dorms and on campus are at higher risk of becoming involved in binge drinking episodes because of increased exposure to their peers who do so.

According to NIAAA, researchers estimate that each year, dangerous consequences of drinking causes:

The NIAAA reported that in 2012, binge drinking:

In other reports by the NIAAA, research showed that half of all water recreation deaths of teens and adults involved the use of alcohol and that drinking alcohol may be involved in as much as 60 percent of boating fatalities, including falling overboard.