Alcohol consumption is widely acceptable in many societies and cultures and possibly the most abused substance on earth with a long history of being used to celebrate, relax, heal, socialize, or for religious ceremonies. Millions of people, however, have succumbed to its powerfully addictive effects and are unable to turn away from its use even when faced with dire consequences of it. The long term effects of alcohol have left many destitute, unable to function mentally, physically, and socially, amid the constant need to drink. 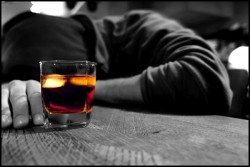 Alcohol can produce sensations of pleasure along with drowsiness.

Alcohol is a central nervous system depressant that works unlike any other drug to alter neurological functions by slowing down neurotransmission in some systems of the brain while stimulating others. The repeat disruptions in the brain’s circuitry, neurological damages, and alcohol’s toxicity cause the person’s physical and mental health to progressively deteriorate.

Alcohol produces the sense of pleasure and feelings of relaxation, sedation, and drowsiness. Most people can control their alcohol consumption and suffer no ill effects from its use, while others drink abnormally high amounts and end up in negative or dangerous circumstances from their inappropriate use.

According to the National Institute on Alcohol Abuse and Alcoholism, “Alcohol interferes with the brain’s communication pathways, and can affect the way the brain looks and works. These disruptions can change mood and behavior, and make it harder to think clearly and move with coordination.”

Over time, the brain becomes desensitized to the alcohol and more is needed to elicit the desired effects. This is known as tolerance and a person who has been drinking for a significant amount of time, will probably be able to consume higher amounts of alcohol than others in their company. That is, until they begin to suffer liver or other health problems that changes their alcohol metabolism rates.

Alcoholism is characterized by a physical dependence to alcohol and the person will suffer withdrawal symptoms when their blood alcohol content drops after their body has become accustomed to certain levels of it. The alcoholic is unable to control their compulsive use of alcohol despite the negative consequences to their health and they will continue to drink the alcohol to prevent the withdrawals.

Problematic behaviors that reflect the alcoholic’s inability to control their alcoholism can lead to:

Long term effects of alcohol can result in variety of psychological problems including emotional disturbances, cognitive deficits, and behavioral changes. Some mental health problems can be very serious and possibly dangerous such as alcohol psychosis where hallucinations and delusions of persecution are profound, or delirium tremens (DTs) that occur when the alcohol goes into withdrawal. Other psychological effects of alcohol may include:

Long term effects of alcohol can attribute to many disabling diseases and physical impairments including: