High-Functioning Alcoholics and the Lies That Are Told About Them

It can be really hard to identify high functioning alcoholics because they go against so many of the “facts” we assume we know about alcoholics. It’s not surprising that the unified depictions of alcoholics in the media lead us to have these narrow ideas.

We all know the TV and movie drunks. There are the ones without jobs and, often, homes who weave through the streets with their red noses. Then, there are the angry ones who blow up and abuse everyone around them. Still others live as shut-ins, drinking away their depression in ratty bathrobes.

But, what about gainfully employed, pleasant people who have relationships with others? How does that type of alcoholic get addressed? Often, they don’t.

When certain parts of the alcoholic community aren’t addressed, those people continue to live in denial and to abuse alcohol, which is extremely dangerous. We need to be more aware of the many faces of alcoholism.

If you or someone you love is a functioning alcoholic, it’s time to let go of denial and seek treatment. SubstanceAbuse.org can help. We can answer questions, direct you to treatment, and help you learn about financing. Just call 800-683-3270 (Who Answers?) . 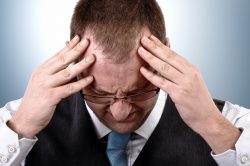 Eventually a high-functioning alcoholic will start having issues with work productivity.

A study performed by the  National Institute on Alcohol Abuse and Alcoholism (NIAAA), analyzed a national sample of people with alcohol dependence. The study uncovered five distinct subtypes of alcoholic:

The data states 19.5 percent of these alcoholics fall into the functional subtype. “Typically, middle-aged, well-educated, with stable jobs and families. About one-third have a multigenerational family history of alcoholism, about one-quarter had major depressive illness sometime in their lives, and nearly 50 percent were smokers.”

Note that they are well-educated and have stable homes and jobs. This is the face of a new alcoholic and it is actually the face of one in five of them.

As the above data demonstrates, this is certainly no true. However, many people still justify their abuse of alcohol by pointing to their job stability. “I don’t have a problem if it doesn’t interfere with my work.”

There are alcoholics who never have a decrease in work productivity. However, they may see declines in their functioning in other areas. Most likely, they have compromised their work to some extent; they just haven’t done so badly enough to acknowledge it yet. A few late arrivals now and again or days off sick are things everyone does, so it may not be perceived as an issue.

To some extent, this is true. Alcoholics can’t maintain full control over their drinking, but that may not always be evident. What an alcoholic is shouldn’t be limited by the degree of control we perceive them to have because many substance abusers are well versed in lies and manipulation; it’s a part of the disease. A true alcoholic will show you what they need you to see for as long as they can maintain it.

Now, that becomes the real issue: the period of time they can keep control. Just because someone appears to have a handle on their drinking now doesn’t mean that their drinking won’t escalate and wouldn’t it be better to face the problem and treat it early, rather than waiting for it to worsen?

Is My Parent an Alcoholic?

Over time, this is certainly true, but you don’t want to use these criteria to rule out alcoholism. Many people in early stages haven’t faced negative repercussions yet. Some of them may not for some time because of enabling on the part of their loved ones, privileges that allow them to escape consequences, or sheer luck.

Again, just because an alcoholic isn’t reeling from loss doesn’t mean that their substance use disorder should be ignored until they are. According to the NIAAA, 16.3 million adults, 18 and older, had an alcohol use disorder in 2014. It isn’t possible that every one of them should be in the throes of tragedy. But, if that were a requirement for treatment, many of them wouldn’t get the help they need now.

If you have been ignoring an alcohol use disorder because it doesn’t fit the pattern you are used to, it’s time to address it and we can help. Just call 800-683-3270 (Who Answers?) .