Why do People Start Abusing Substances?

For over 30 years, there has been a push to end the epidemic of substance abuse, and addiction Prevention methods and education initiatives have displayed, often graphically, the ravages that the abuse of these substances have on everyone involved. With all of this information readily available, an obvious question looms. Why do people start abusing substances?

Teenagers are the most likely group to begin abusing substances such as alcohol, tobacco, and illicit drugs. Despite the fact that the majority of prevention methods and education are aimed at teens, they continue to start down the path of substance abuse. According to the Partnership for Drug Free Kids, there are eight primary reasons that teens begin abusing substances.

No group of people is more susceptible to peer pressure and social acceptance than teens. There are a number of things this involves, including: 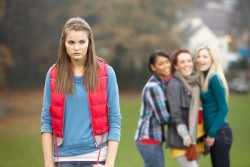 Teenagers have to deal with more rampant emotion and hormonal upheaval than another group of people. Because of this, they often turn to alcohol or drugs for the momentary escape that they can provide.

Teenagers struggle to develop their own identity, and thus feel oppressed by various authorities. This sometimes causes them to rebel by abusing substances. Some of the authorities they rebel against are:

Youth have notoriously short attention spans, and often seek out risky behaviors to stave off boredom. This opens a pathway to substance abuse.

The formative years of adolescence often include a lack of belief in oneself. Teens dealing with this begin abusing substances because:

Substance abuse in the media, and by celebrities that teens look up to, creates a misconception that substance abuse is “cool”, or “no big deal”. Some media sources for this idea are:

Teens sometimes turn to substance abuse to achieve instant happiness, without thinking of the consequences

Almost every teen knows someone that considers themselves an expert on any given substance of abuse, and because teens are so susceptible to the influences of their peers, they sometimes take what they know to be bad advice.

If asked, most teens will give a reason for their substance abuse that falls into one of these categories.

According to the Foundation for a Drug-Free World, everyone that abuses substances does so because they want to change something about their lives. While adults do not suffer from the same peer and societal pressures as teens, their reasons for beginning to abuse substances are similar. Some of these include:

Regardless of the reason for beginning substance abuse, the fact remains that substance abuse is a serious problem for society. In order to turn the tide in this epidemic, it is necessary to understand why people start abusing substances, and do everything possible to alleviate the circumstances that lead people down this path. For more information about why people use drugs give us a call at 1-800-895-1695.