Home › What is the Correlation between Depression and Addiction? Does One Fuel the Other?

What is the Correlation between Depression and Addiction? Does One Fuel the Other?

If you or a loved one are struggling with either depression or addiction, or perhaps even both, you may be wondering what the relationship between the two illnesses is. Does addiction fuel depression, or perhaps the other way around?

Comorbidity Between Depression and Addiction

According to NIDA, comorbidity is when an individual suffers from two or more disorders or illnesses at the same time, such as depression and addiction. They also report that many people with addiction are also diagnosed with mental disorders, and vice versa.

Addicts are twice as likely to suffer from anxiety or depression compared to the general public, and the reverse is also true. The studies reported on NIDA show that a very strong correlation exists between addiction and mental illnesses, but that just raises questions of causation. Which one comes first? Does having one guarantee the other? 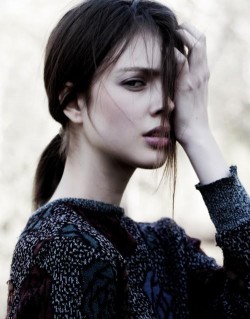 An addiction can develop as a result of self-medicating depressive symptoms.

According to NCBI, the reason that the link between these two illnesses is so strong is due to the many neurological mechanisms and pathways shared by each disease. There are countless overlapping vulnerabilities and triggers for individuals who suffer from either of these illnesses, so the possibility of getting the other illness is very high.

So while neither of these illnesses specifically comes first, it is not uncommon to see the other follow closely behind. Individuals with substance abuse issues are often prone to display symptoms of mental illness, and this overlap can often make it difficult to diagnose multiple issues occurring.

Depressed individuals may also rely on alcohol or drugs to suppress their symptoms, and as a result find themselves with an addiction. Due to how much mental illness and addiction overlap, there are dangers of strengthening both illnesses as they interact. If you believe that you or a loved one may be suffering from comorbidity, call 800-683-3270 (Who Answers?) to speak with a specialist about treatment.

How Can Comorbidity be Treated?

When it comes to diagnosing comorbidity, it can be difficult to distinguish from a tangled web of illnesses which came first, or even how many illnesses one person suffers from. However, since they often have overlapping symptoms and challenges, many treatments for these illnesses also overlap.

Overcoming comorbidity often involves behavioral therapy, counseling, and other techniques specific to your circumstances. Medications also exist that are intended to help you deal with the symptoms of both illnesses, but a primary goal is not just to deal with symptoms, but to eliminate the illnesses altogether.

Since addiction and depression often go hand in hand, it is important to tackle both of them at once, in order to reduce the chances of relapse in the future.

If you or a loved one are struggling with addiction or comorbidity, call 800-683-3270 (Who Answers?) to speak with a caring specialist about any of your questions or concerns. If you are unsure what your next steps should be, a professional can help guide you towards your path of recovery.

Depression and Anxiety: The Role They Play in Substance Abuse