Many young people abuse inhalants for a short-lived high that does not require the purchasing of illegal drugs. According to the NIDA Teen, “Inhalants are chemicals found in ordinary household or workplace products,” which is why many abusers do not realize how dangerous they are. But there are many harmful effects which inhalant abuse can cause, and even death can occur in those who abuse these substances.

While inhalant addiction isn’t as common as addiction to heroin and street drugs, it can occur. The NIDA Teen states, “Some people, particularly those who use inhalants a lot and for a long time, report a strong need to continue using inhalants.” This can be highly dangerous and, like in other addiction syndromes, can lead to withdrawal if the person stops abusing inhalants suddenly.

According to CESAR, the withdrawal symptoms for inhalant abuse are:

These withdrawal symptoms are more dangerous that those caused by other drugs (even some illegal ones) and should be treated by medical professionals. Addiction to inhalants is not common, but it can occur and is very harmful to the individual as well as their loved ones.

CESAR lists the harmful physical effects of inhalants and how abusing these substances can affect almost every part of the body. Inhalants can cause: 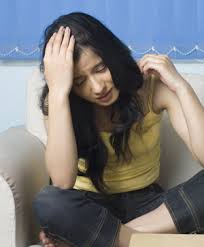 Inhalant abuse can cause memory damage and many other symptoms.

Inhalant abuse is damaging to the body and its functions and reaches almost everything. People often consider inhalants to be harmless, but they can be as devastating to the body as illegal substances. Many of these issues are caused by long-term inhalant abuse, but some can occur after only a few times abusing these substances. Even more frightening, inhalant death can occur early in the use of the substances, sometimes even immediately.

The NIDA Teen states that “using inhalants can cause death, even after just one use.” It is very dangerous to abuse inhalants, something many abusers do not realize. Someone could die from inhalant abuse in many ways, such as:

Inhalants are harmful and can cause many of the same issues abusing drugs can cause. Many people who do it think that they are safe from these effects, but this lack of knowledge often makes these harmful effects even more likely to occur. Knowing the harmful effects of inhalant abuse can help you stop it before it starts.