Inhalants encompass a wide selection of household products, some of which include:

While many addictive substances can be inhaled as well as smoked and snorted, inhalants are rarely ever used in any other way besides inhaling, which most distinguishes them from other drugs. As accessible as this class of substances is, the question, “are inhalants addictive” may seem warranted, but accessibility has nothing to do with any one drug’s addictive potential.

The answer to “are inhalants addictive” lies in whether or not these substances can interact with the brain’s chemical system and produce psychoactive effects. In this respect, the answer to “are inhalants addictive” is a resounding yes. Understanding how this class of drugs affects the brain and body leaves little to the imagination in terms of how powerful these substances can be. 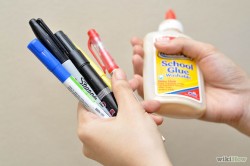 Classifying types of inhalants can be difficult considering the range of substances capable of producing psychoactive effects on the market today. According to the U. S. National Library of Medicine, four broad classifications of inhalants exist:

Teenagers and young adults make-up the bulk of inhalant users and most will use whatever they have on hand. Different types of inhalants produce different effects so users may eventually develop a preference at which point they’ll likely go out of their way to obtain it.

Regardless of the type of inhalant used, the answer to “are inhalants addictive” remains the same: yes.

Are Inhalants Addictive? – Effects of Inhalants on the Brain

With the exception of nitrites, all inhalants work by depressing or slowing down central nervous system functions much like sedative and anesthetic agents, according to Semel Institute. This typically causes pleasurable effects. Nitrites, on the other hand, relax and expand blood vessel passageways

For the most part, the effects of inhalants on the brain’s dopamine system answers the question “are inhalants addictive” since this system plays a central role in other forms of drug addiction. Dopamine, a primary neurotransmitter chemical, regulates the brain’s reward system.

The brain reward system dictates a person’s interests, motivations, drives and priorities. In effect, inhalants cause large amounts of dopamine to be released in the brain, which over time “rewires” the reward system to view inhalant effects as a primary motivation in a person’s daily life.

Any drug capable of tampering with these systems likely carries addictive properties. So, are inhalants addictive? Yes.

Most every drug that carries an addictive potential breeds some degree of physical dependence. Physical dependence develops out of the ongoing deterioration of brain cell functions that takes place with frequent drug abuse.

Considering the fast-acting effects of inhalants, withdrawal periods typically last for up to 36 hours compared to the two to four week periods associated with opiate and stimulant abuse. In terms of “are inhalants addictive,” their ability to induce withdrawal effects is yet another indicator that they are.

Psychological dependence lies at the heart of any form of addiction, inhalants included. With frequent drug use, the effects of inhalants cause ongoing damage to brain cell structures, the very same brain cells responsible for secreting neurotransmitter chemicals.

Over time, damage to cell structures creates a state of chemical imbalance in the brain. Since neurotransmitter chemicals act as the brain’s communication messengers, any imbalances have a direct effect on overall brain function as well as on the brain’s structures.

Are inhalants addictive? These drugs flood the brain with excess chemical materials with each successive use. After a certain point, their effects on the brain’s reward system inevitably affect a person’s thinking, emotions and behaviors.

Signs of psychological dependence include:

Anyone exhibiting these behaviors probably won’t even bother to ask, “Are inhalants addictive?” as the drugs have already become a top priority in his or her life.

During the initial stages of inhalant abuse, the “high” effects of the drug drive continued use. Over time, users start to develop a need to use the drug that extends past just wanting to get “high.” Ultimately, the need factor answers the question, “are inhalants addictive” for any one person.

What causes this need can be biological, psychological or driven by social influences. Biological causes may point back to a family history of substance abuse in general.

Psychological causes have to do with unresolved traumas or past issues that compromise a person’s sense of emotional safety and security. In this case, he or she turns to drug use as means for coping with internal conflicts.

Social causes take the form of peer pressures or frequent exposure to environments where inhalant abuse is considered “normal” behavior. In effect, the question, “are inhalants addictive” has as much to do with a person’s specific circumstances and background as it does with the effects of the drug.

Are inhalants addictive in terms of causing certain signs and symptoms to develop? Yes. Signs of inhalant addiction can vary depending on the person, the type of inhalant used and the length of time using.

As with any form of addiction, users exhibit both physical and psychological signs, some of which include:

According to the National Institute on Drug Abuse, inhalant abuse can lead to other more serious forms of drug abuse due to the increasing tolerance levels brought on by frequent inhalant use causes. In terms of are inhalants addictive, their ability to drive users to seek out more intense “highs” is yet another indicator that inhalants are indeed addictive.