Cocaine is often referred to by its street names. As an illicit drug, cocaine has many of these street names, used by those who sell and abuse it. It is important to know the street names for cocaine, as you may need to be aware if someone is discussing the drug.

The DOJ describes cocaine as an “intense, euphoria-producing stimulant drug with strong addictive potential.” It is “derived from cocoa leaves grown in Bolivia, Peru, and Columbia” and is usually a white powder that people dilute or cut with different substances. People usually snort cocaine or inject it into their veins. The injection is done after the drug is mixed and dissolved in water.

Cocaine base is another way of using cocaine. It “looks like small, irregularly shaped chunks (or ‘rocks’) of a whitish solid.” This type of cocaine is smoked, sometimes on its own and sometimes when mixed with marijuana or tobacco. Any way that cocaine is used, people usually “binge on the drug until they are exhausted or run out of cocaine.” 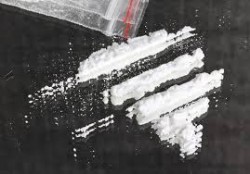 Cocaine is a very harmful and addicting stimulant drug.

There are several other terms which are used in relation to cocaine or doing the drug itself. They are:

Street Names for Cocaine Base

Other terms which are related to cocaine base use and abuse are:

It is important to know the specific terms associated with cocaine abuse. Knowing them may help you, or you may even be able to help someone else.