Long Term Effects Cocaine Has on a Person’s Health

Cocaine has many long term effects on a person’s health. One of the most intense effects is that which causes a person to lose weight. According to the NIDA, “because cocaine tends to decrease appetite [which is often a short term effect] chronic users can become malnourished.” A person can become severely underweight because of cocaine abuse and not realize that he or she is dangerously malnourished.

CESAR also states some of the other long-term health effects of cocaine abuse. They are:

Heart disease is another intense, long term effect of cocaine abuse. It can often lead to heart attack and death. According to the NIDA, “cocaine-related deaths are often the result of the heart stopping (cardiac arrest followed by an arrest of breathing).” Cocaine abuse can also cause seizures, stroke, and lung damage which may lead to respiratory failure.

Long Term Effects Cocaine Has on a Person’s Mental Health 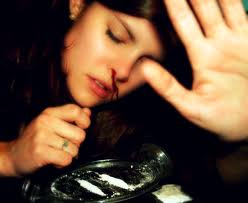 Long term use of cocaine can cause significant health problems.

The NIDA states that “with repeated use, cocaine can cause… changes in the brain’s reward system as well as other brain systems, which may lead to addiction.” These changes are not easily reversed. Cocaine also causes other mental issues when abused over a long period of time such as:

Other Effects of Long Term Cocaine Use

Someone who uses cocaine in the long term has a higher risk of contracting “HIV, hepatitis C, and other blood-borne diseases” (NIDA). Either the person may use needles and share them with other cocaine users, or the person could engage in unsafe sexual activity that could lead to one of these diseases.

Even those who become addicted to cocaine and go through treatment do not recover quickly. The NLM states that “people who stopped using cocaine can still feel strong cravings for the drug, sometimes even years later.” Long term use of cocaine can be dangerous and even deadly, and a person should be treated for cocaine abuse and addiction as soon as possible.