Home › 10 of the Most Commonly Abused Substances

10 of the Most Commonly Abused Substances

According to the National Institute on Drug Abuse’s National Survey of Drug Use and Health, there are several drugs that are more likely to be abused than others. Those ranked among the top 10 commonly abused drugs are:

Over 87% of people age 26 use or abuse alcohol in their lifetime. Alcohol addiction and abuse causes a variety of ill effects to all of the body systems. It is one of the main sources of addiction in both the United States and the World.

Over 68% of the people in the United States have tried some form of nicotine by age 26. This includes:

Again, this is a highly addictive legal drug that many people try due to easy access and media. 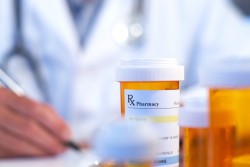 Prescription opiates are one of the most commonly abused substances.

Cocaine ranks high on the list at over 16% use or abuse in people age 26. Cocaine was extremely popular in the 1980s but has declined in recent years. It is extremely an extremely addictive stimulant.

Heroin and prescription opiates account for around 15% of drug addiction and abuse in people up to age 26. In recent years the awareness of prescription opiate abuse and its link to heroin has become a focal point of addiction science as more of those prescribed opiates are showing signs of severe addiction.

Surprisingly over 11% of the people try LSD by the time they are 26. Although LSD is not known to be physically addictive, doctors have identified a profound psychological addiction to it in some cases.

Tranquilizers are another popular drug that people abuse. Over 9% of people have tried taking tranquilizers in a recreational setting by age 26. Doctors prescribe tranquilizers for anxiety, insomnia and a variety of other conditions. People who abuse them either take more than prescribed or take someone else’s prescription.

Around 8% of people have tried some form of inhalant by age 26. This includes paint, glue, whippets, and other aerosols. Inhalants are extremely dangerous due to the complications of inhaling toxic substances. When you inhale toxins you risk respiratory arrest.

Although it is popular in the media, MDMA is only tried by around 6% of the overall drug use among people by age 26. This is a significant change from the previous years. It is not a physically addictive drug but can be extremely psychologically addictive.

Methamphetamine is an extremely addictive drug. It causes massive body damage and many of the people who try it become addicted. Among people age 26 and younger only about 5% have tried it.

Where to Find Help for these Addictions

You can find help for any one of these addictions at a treatment center near you. For more information call us at 800-683-3270 (Who Answers?) . We can help you find the treatment that you need.