The rates of marijuana treatment success are not as impressive as those associated with other substances of abuse. According to the National Institute on Drug Abuse, “On average, adults seeking treatment for marijuana use disorders… have attempted to quit more than six times.” While this information is not considerably favorable to the current state of marijuana addiction treatment, it is important to consider whether or not legalization may reduce or increase the efficacy of the treatment itself. 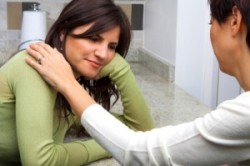 The fact that marijuana is an illegal substance does make treatment research, as well as the options for addiction treatment, somewhat limited. As stated by the journal of Addiction Science & Clinical Practice, “Marijuana’s illegality complicates any consideration of treatment goals other than abstinence.” Because most of the individuals who are likely to become addicted to the drug are those who either abuse marijuana every day or started to abuse the drug heavily as teenagers, according to the National Library of Medicine, it may be helpful to have an option that considers minimal use of the drug. Its illegal status, however, negates this possibility entirely, making it difficult for many individuals who feel they cannot fully stop using the drug.

In addition, the fight against marijuana abuse takes up much of the government’s money and energy when it comes to this particular drug. This is partially because it is so popular among users. According to the Office of National Drug Control Policy, “Marijuana is the most commonly used illicit drug in the United States. In 2011 alone, more than 18 million Americans age 12 and older reported using the drug within the past month,” and 4.2 million met the diagnostic criteria for abuse of or dependence on it.

Because so much money becomes allotted to trying to reduce these numbers with legal actions, the fight against illegal marijuana use, distribution and other issues associated with the drug takes away the chance for it to be more thoroughly studied and its addiction syndrome treatment to be more clearly outlined. If the drug were to become legalized, some of the effort put forth in this particular direction could subside, leading to more time and money being allotted to the treatment of marijuana addiction.

There is a possibility that the legalization of marijuana might make the treatment of the drug’s addiction and dependency syndromes more effective. Both alcohol and nicotine are legal substances that can become addictive when abused, and both have treatment plans that are considerably more effective than that associated with marijuana.

However, the treatment of opioid abuse, specifically heroin use, is also more efficient than that of marijuana, and heroin is also a Schedule I substance that is illegal to use in any sense. In addition, it might also make it more difficult for patients as well to avoid relapse after marijuana treatment if the drug is legal and, therefore, more available.

It is difficult to know for certain, but because there are legal yet addictive substances that have effective treatment plans, there is a considerable likelihood that doing so would have a more positive than negative effect. However, as other factors remain, the question is still very open-ended.