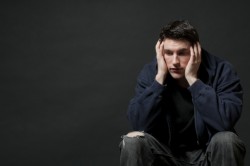 People with mental health issues such as depression or anxiety may abuse substances as a coping mechanism.

Why are Anxiety and Substance Abuse Linked?