Home › Substance Abuse and Pregnancy: Dangers of Using Drugs or Alcohol While Pregnant

Substance Abuse and Pregnancy: Dangers of Using Drugs or Alcohol While Pregnant

Substance abuse during pregnancy is extremely dangerous and can lead to severe issues for both the pregnant person and the baby. Many people believe that there are safe amounts of drugs or alcohol that can be used when they are pregnant, but there is never any real way to know for sure if and how much the baby is being harmed by these substances until afterward.

Substances like drugs and alcohol can cause birth defects, obstetrical complications, and other issues that can endanger both parties. While these problems are completely preventable, it is very important to consider the effects of substance abuse during pregnancy.

Why is Substance Abuse and Pregnancy Such a Serious Issue? 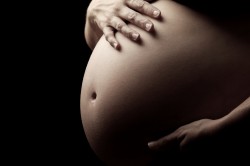 It is important to avoid drugs, alcohol, and cigarettes (among other things) while pregnant, as they can significant harm your child.

Pregnant women are usually told by their doctors to abstain from any drug and alcohol use, especially illicit substances like heroin, meth, cocaine, etc. This is because there is no sure amount of a potentially harmful substance (like alcohol, drugs of abuse, etc.) that is proved safe for pregnant women to use without some type of risk. The risk includes the possibility for many complications, chief among them birth defects.

According to the SGV, “The risk of a birth defect for any baby is about four percent, regardless of the circumstances during pregnancy.” But introducing a teratogen into the pregnant individual’s system, that is a substance which can cause birth defects, makes the chances of birth defects occurring more likely in a way that could have easily been avoided.

Some women need to take medication during their pregnancies for conditions that must be controlled by a medicinal substance, but there is an extreme difference between substance abuse and required medication use. When a person becomes pregnant, it is always important to consult a doctor and consider a treatment program for a substance abuse problem that has so far gone untreated.

Any kind of recreational use of legal or illegal drugs or alcohol (or the use of more of a prescription substance than prescribed) is a form of substance abuse. During pregnancy, these substances which can always seriously harm you can also harm your child as they are able to cross through the placenta and into the fetus. There are many problems which can be caused by substance abuse during pregnancy to the point where birth defects and other issues can become common.

According to the NLM, “Smoking during pregnancy passes nicotine and cancer-causing drugs to your baby.” It can also raise the risk of stillbirth or premature birth in your pregnancy because the fetus is not able to get the nourishment it needs to grow healthily.

The CDC states, “Some studies suggest a link between maternal smoking and cleft lip” as a possible birth defect that can occur from smoking during pregnancy. Low birth weight, sudden infant death syndrome or SIDS, and lung problems are all more likely to develop in children who are exposed to cigarette smoke through their mothers during pregnancy.

According to the OWH, “Pregnant women should not drink alcohol to eliminate the chance of giving birth to a baby with fetal alcohol spectrum disorder (FASD),” a range of issues that can vary from mild disorders to full-blown fetal alcohol syndrome. FAS not only entails learning, cognitive, and social issues later in life for the child but also facial abnormalities and growth problems.

While there are treatments that can be beneficial to children born with these disorders, “FASDs last a lifetime” and there is no cure (NLM). And because there is no absolutely agreed upon amount that women can drink without the risk of one of these disorders forming during her pregnancy, it is best to abstain from alcohol use and abuse altogether when pregnant.

Illicit drugs like meth, cocaine, heroin, etc. are extremely harmful to both the pregnant woman and the child when abused, and women in the position of regular substance abuse are encouraged to seek treatment always and especially if they become pregnant. It is difficult to be sure what the exact possible medical results are for each individual substance when used during pregnancy, especially because many drug-abusing pregnant women are polydrug abusers as well as tobacco and alcohol users too. This can make it difficult to be sure which drug is causing which effect.

However, we do know some drugs may be linked with the following birth defects:

It is also important to note that, with the abuse of illicit drugs, you cannot always be sure what you are putting into your body. The SGV states, “Drugs such as heroin and amphetamines are often mixed or ‘cut’ with unknown substances. These unknown substances can also be harmful to the pregnancy or fetus.”

January is National Birth Defects Awareness Month, and understanding the risk for birth defects is important. However, knowing that there are ways that certain issues may be prevented with the act of abstaining from substance abuse of any kind during this time is essential to your knowledge of a safe and healthy pregnancy. By making this choice, you are working to actively protect your child from any harm that your substance abuse could do and ensuring a safer situation in which you can carry and deliver your child.