The 12 step concept started in the 1930s with Alcoholics Anonymous. This movement gradually bloomed into a very successful treatment program. Gradually people began to realize that this concept works for all addictions not just alcohol. In 1953 the first Narcotics Anonymous group was established. This was the beginning of a long tradition of people helping people.

What is Narcotics Anonymous or NA? 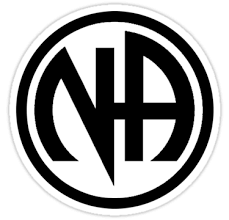 Narcotics Anonymous can be a great source of support.

Narcotics anonymous which is shortened to NA in most literature is a group of people coming together to help each other fight their narcotics addiction. The group welcomes all people who want to live drug free. They believe in two principles, which are taking one day at a time, and it takes someone who was an addict to help an addict. These two principles are the foundation of the 12 step culture. There is only one hard and fast requirement for joining NA and that is you have to want to stop using narcotics.

What are the Benefits of NA

According to the National Institute on Drug Abuse, community support programs such as Narcotics Anonymous are beneficial when combined with an overall drug treatment plan. Some of the benefits of NA are:

These are not the only benefits of NA they are just a few of the most prominent ones. Each person takes what they need from attending the NA meetings.

These are the basic 12 steps of NA. They might differ in the books and pamphlets between the different 12 step organizations but the idea behind them does not.

Many people get help through NA whether they are in another type of treatment program or not. The 12 steps lead people to believing in something aside from themselves and show them that there is a way back from drug abuse and addiction. They give people hope and comfort. Many of the NA meetings are based around these 12 steps and how you can apply them to your life. Everyone takes something different from the steps and the meeting discussion can serve as a guideline to understanding them. Still have questions about the 12 steps of NA? Call us at 800-895-1695 we have answers.