Home › Oxycodone Abuse › Signs You Are Addicted to Oxycodone

Signs You Are Addicted to Oxycodone

Oxycodone is a strong opioid agonist used to treat severe pain. It is commonly combined with analgesics such as acetaminophen, ibuprofen, or aspirin to provide enhanced pain relief with lower oxycodone content proportions in brands like Percocet, Percodan, and Endocet.

Oxycodone became a highly preferred drug of choice by opiate abusers and addicts when the famous OxyContin brand made history as a drug that produced effects nearly indistinguishable from heroin. Known on the street as “Hillbilly Heroin”, “Oxy’s, “OC’s”, and “Killers”, the powerful and dangerous Oxycontin has now been reformulated to prevent abuse by snorting or injecting the drug, but, this doesn’t deter abusers of oxycodone. As the old saying goes, “where there’s a will, there’s a way.”

According to the National Center for Health Statistics (US), “Americans’ use of prescription drugs has grown over the past half-century due to many factors, including the development of new and innovative drug therapies to treat infectious and chronic conditions, the expansion of prescription drug coverage by public and private payers, and the growth of marketing by pharmaceutical companies.”

Oxycodone medications are essential for treating chronic pain conditions and the extended release versions, including the new and improved OxyContin, continue to promise relief when other opioids prove insufficient. 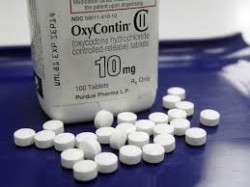 Oxycodone addiction is considered a chronic and relapsing brain disease.

Regardless of why or how you were initially exposed to oxycodone, repeatedly taking it over time causes tolerance and dependency to the opioid effects. Oxycodone produces a great deal of euphoria, like heroin, when it is abused in high amounts or ingested via rapid delivery methods such as snorting, injecting, or inhaling the vapors of the drug as it is melted on a piece of foil. The chances of increasing your potential to become addicted to oxycodone are greatly increased if your abuse has accelerated to these measures of taking the drug.

Oxycodone addiction is considered a chronic and relapsing brain disease. According to the Scripps Research Institute, ” From the initial, positively reinforcing, pleasurable drug effects, the addictive process progresses over time to being maintained by negatively reinforcing relief from a negative emotional state.” Oxycodone addicts go through considerable physical and psychological changes that make using the drug a priority in their daily life to feel “well” and stave off withdrawals, despite the consequences. The following, are signs you are addicted to oxycodone.

Tolerance is the brain’s way of compromising for the extra stimulation of opioid receptors that regulate the reward centers of the brain. When activated, opioid receptors produce dopamine, the chemical that naturally helps us to feel pleasure and euphoria. As tolerance builds, more of the oxycodone will be needed to reduce pain, get “high”, or feel other desirable effects.

Physical dependence is a sign you are addicted to oxycodone that becomes manifested when adverse symptoms of withdrawals emerge with the attempt to reduce or cease oxycodone use. It usually only take a few days to develop physical dependence and you will probably begin to feel “dope-sick” within a few hours after your last dose.

Psychological dependence is a complex mixture of cravings and preoccupations that take over your emotions, thoughts, and behaviors to reinforce continued oxycodone abuse regardless of anything else. Some people are predisposed to psychological dependence due to underlying or co-existing mental health disorders, biological factors such as age or genetics, and environmental factors.

Repeated and unsuccessful attempts to quit using oxycodone are signs you are addicted and with every attempt it probably gets harder to try the next one which can lead to years of needless suffering and dangerous health risks including overdose. According to the SAMHSA, “Although individuals with drug dependence can often complete detoxification and achieve temporary abstinence, they find it very difficult to sustain that condition and avoid relapse over time.”

You may not even want to use the oxycodone and yet, if you are addicted, you lose control over how much you use, when you use, or who gets hurt in the process. Uncontrollable use of oxycodone often leads to many unwanted behaviors and consequences during the continuous cycles of seeking, obtaining, using, and withdrawing from the drug.

Changes in behaviors may be some of the most compelling signs you are addicted to oxycodone including: